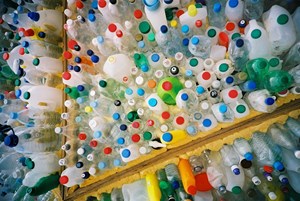 The UK is set to follow other forward-thinking countries in implementing a deposit return scheme for plastic bottles, a first step in offering consumers a financial incentive for recycling.

The move, subject to a consultation later this year, will see UK consumers either pay a redeemable up-front deposit for plastic (and perhaps glass or metal) drinks containers, or simply receive a cash reward for returning them to a designated place.

Similar schemes already operate in countries such as Denmark, Sweden and Germany, usually through a network of ‘reverse vending machines’.

Once a bottle is returned, businesses are then responsible for making sure they are effectively recycled - a move that has led to a 97 per cent recycling rate in Germany.

Large companies such as Coca-Cola, Tesco, Iceland and the Co-op have all openly supported the idea of such a system.

Making the announcement, environment secretary Michael Gove said: “We can be in no doubt that plastic is wreaking havoc on our marine environment – killing dolphins, choking turtles and degrading our most precious habitats. It is absolutely vital we act now to tackle this threat and curb the millions of plastic bottles a day that go unrecycled.

“We have already banned harmful microbeads and cut plastic bag use, and now we want to take action on plastic bottles to help clean up our oceans.”

The announcement is the latest step towards a new recycling system which will incentivise both consumers and producers to take greater responsibility for their packaging waste.

The government’s 2018 Spring Statement included a consultation to explore how taxes and charges could be used to reduce single-use plastics.

Posted under General Interest on 4 April 2018