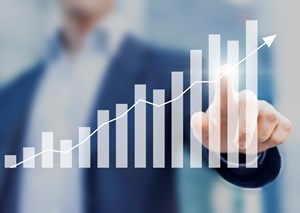 A newly released business survey suggests that UK businesses are increasing their spending on energy efficiency, with seven out of ten “very satisfied” with the tech on offer from suppliers.

The survey was completed by 70 UK companies, including 44 energy efficiency suppliers and 26 business consumers, the majority of which were large companies.

The consumers have continued to report increased spending on energy efficiency since the last survey, suggesting that it is now a bona fide growth sector within the UK economy.

Similarly, energy efficiency suppliers reported a rise in UK orders in the first quarter of 2017, with eight out of ten saying that order levels were either stable or increasing.

High efficiency lighting remains the lead technology for buyers and was incorporated in the majority of the consumer investments reported.

However, there has also been a sharp rise in smart metering and cooling/air conditioning technologies. By contrast, building energy management systems (BEMS), behaviour change and solar PV projects all experienced a decline on typical uptake levels.

Importantly, all consumer respondents said they were satisfied with the service they received from energy efficiency suppliers, with seven out of ten saying it was “very satisfactory” or “superior”.

Almost all respondents (81 per cent) said that they would recommend their energy efficiency supplier to others.

David Richards, chief customer officer at facilities management firm Bellrock, commented: “The trends in this report match our experience with our clients. High efficiency lighting projects remain the most significant investment.  Smart metering and other Internet of Things (IOT) enabled technologies are increasingly in demand to improve forecasting and manage costs.”

The emerging concept of IOT is increasingly helping companies to invest in energy efficiency through innovative ‘outcome-based’ finance arrangements, which contrast to more traditional ‘pay-to-use’ methods such as leasing or asset finance.