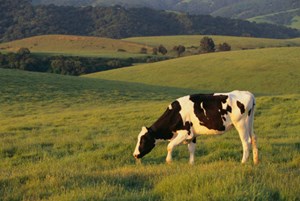 A dairy processing site in Cumbria is to become the first in the industry in Europe to feed gas to the grid by powering an onsite anaerobic digestion (AD) plant with waste residues from cheese production.

First Milk, one of the UK’s largest cheese creameries and the only major dairy company 100 per cent owned by British farmers, has now finished the first phase of construction at its site in Aspatria, Cumbria.

Some of the gas will be used onsite for steam generation, which will reduce the site's energy costs by 25 per cent and save 7,000 tonnes of carbon a year. The rest will be fed into the national gas grid, making it the first dairy processing site in Europe to do so.

The project will also eliminate hundreds of lorry journeys due to the increased recycling of waste onsite, as well as reducing the levels of harmful phosphates in waste being discharged into a nearby river.

The project is being financially supported by the government-run Feed-in Tariff (FiT) and Renewable Heat Incentive (RHI) schemes.

“This new facility is an example of how we are continuing to progress our turnaround plan, by saving costs and improving the operational efficiency of every corner of the business”, said Chris Gooderham, business development director at First Milk.

“[The project] will reduce the cost of handling the creamery’s production residues while generating renewable energy for use onsite. Therefore the new AD plant is more efficient, produces much lower greenhouse gas emissions, as well as reducing off-site transport of residues and making better use of whey permeate.”