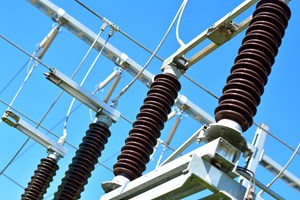 A 10MW battery facility, the first of its kind in the region, is to be installed in Copeland, Cumbria, to help balance supply and demand on the electricity grid.

Six battery units will be installed later this year to help the National Grid support energy usage during peak hours.

Each unit, around 40ft long by 7ft wide, will store surplus energy which can then be released when needed.

The batteries will respond “within milliseconds”, said Alistair Fell, director at developer Prospus.

“West Cumbria is the perfect place to launch a project such as this, with openness for innovative ventures and its focus on local energy needs”, he added.

“Systems such as these all help to reduce the costs for and the strain on the National Grid. Using stored energy that’s already produced locally means money saved on overhead power cables.”

Energy storage is set to play a crucial role in the UK’s transforming energy system, and is a key part of the government’s proposed Industrial Strategy.

New innovation funding of up to £9 million has been made available to develop electricity, thermal and power-to-gas energy storage solutions, with a further £7.6 million for advancing other demand-side response technologies.

It has already announced that a business case is being developed for a new national research institution to act as a focal point for developments in battery technology and other energy storage solutions.

It is not just grid-scale energy storage that is coming of age.

A 2016 report from consultants KPMG predicted that domestic and commercial energy storage systems would be economically viable within two years, with grid-scale systems - like the one planned in Cumbria - viable immediately.