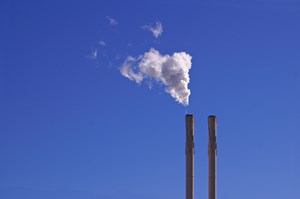 Halton Council in Cheshire has reduced its carbon emissions by more than 5,000 tonnes since 2006 through several efficiency measures that are also saving thousands of pounds a year.

Several key measures have been taken over the past 12 months in a bid to reduce emissions and cut costs.

Solar panels installed on council buildings have generated 45,000 kWh of electricity, saving 220 tonnes of CO2e and reducing energy bills by £30,000 a year.

A biomass boiler installed on one council site has saved 295 tonnes of CO2e and generated savings of £65,000, with a second boiler set to be installed on a separate site in early 2016.

Switching 2,500 street lights to LEDs along main routes in the borough has also cut energy use by 77 per cent - saving approximately £90,000 a year.

The move to replace street lighting is an increasingly popular measure for local authorities and has recently been the subject of a global campaign calling for cities worldwide to switch all their streetlights to LEDs by 2025.

Future plans include looking at options to install solar panels on contaminated land and retrofitting schemes for homes across the borough.

A report submitted to councillors said: “Investment in energy efficient measures has the potential to reduce the council’s energy costs, reduce carbon emissions and generate future income streams for the council.

“The transition to a low carbon economy can support the development of the local economy and ensure that future economic growth is decoupled from the consumption of fossil fuels and inevitable carbon emissions.