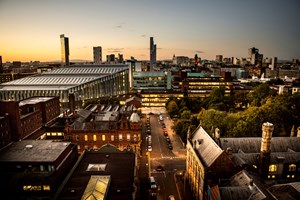 Greater Manchester has the potential to be a leading light in transforming how energy is generated and used but more local investment is needed, according to a new report.

It showcases local, efficient and low carbon energy progress across the region to date, such as:

• Nearly one million energy efficiency upgrades of homes since 2005

• A reduction in the number of buildings with the lowest Energy Performance Certificate (EPC) ratings of F or G from 25 per cent in 2009 to 12 per cent in 2016.

However, despite significant progress being made, the authors argue that more investment is needed for Greater Manchester to truly reach its potential.

For example, the total energy bill for Greater Manchester’s businesses is currently £1.3 billion, which could be significantly reduced through energy efficiency.

Only 35 per cent of non-domestic buildings have an EPC rating of C or higher and there are still 5,500 businesses in the lowest two bands of F or G.

The report also reveals that only three per cent of Greater Manchester’s electricity demand is currently being met by renewable energy sources, which could feasibly be tripled.

In addition, the number of local businesses providing flexibility services to the grid could be increased, with the potential for up to 175MW of flexibility to be found in the near-term.

Dr Tim Rotheray, director of ADE, said: “What is exciting about Greater Manchester is the opportunity to do so much more.