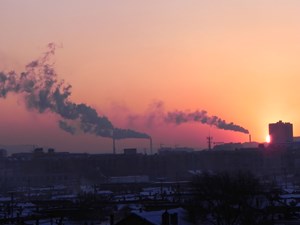 An open letter to world leaders, signed by 43 global corporations, calls for an ambitious and clear agreement to tackle climate change at the upcoming UN climate conference in Paris in December.

The letter, delivered by the World Economic Forum on 16 April, has been signed by HSBC, BT, IKEA, Philips and Unilever, among others. In total, the signatories operate in 150 counties and have a combined revenue of more than $1.2 trillion (£792 billion).

The letter calls for a “comprehensive, inclusive and ambitious” approach to global negotiations at the UN climate conference in December, where it is hoped world leaders will sign the most important agreement to tackle climate change for nearly two decades.

The letter reads: “The private sector has a responsibility to actively engage in global efforts to reduce greenhouse gas (GHG) emissions, and to help lead the global transition to a low carbon, climate resilient economy.

“This coalition further seeks to catalyse and aggregate action and initiatives from companies from all industry sectors – towards delivering concrete climate solutions and innovations in their practices, operations and policies.”

The signatories commit themselves to taking voluntary actions to “reduce environmental and carbon footprints, setting targets to reduce our own GHG emissions and/or energy consumption whilst also collaborating in supply chains.”

They also call for “explicit or implicit” prices to be placed on carbon, to be achieved through extending markets like the EU Emissions Trading Scheme.

The letter echoes a similar call to action published in February 2015 by the so-called ‘B Team’, a group of global CEOs led by Sir Richard Branson.

Despite hopes remaining high for a successful outcome in Paris, the calls come at a time when early momentum appears to be losing traction, with the vast majority of countries having failed to submit their official statements of contribution for the negotiations by the initial 31 March deadline.

Posted under General Interest on 24 April 2015