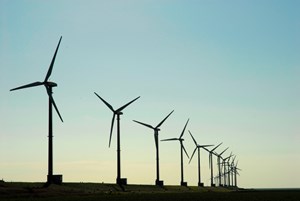 A global initiative encouraging corporations to commit to a 100 per cent renewable electricity supply reached 100 members in July after AkzoNobel, AXA, Burberry and Carlsberg Group signed up.

The RE100 group aims to support large, influential businesses to transition to 100 per cent renewable electricity across their global operations.

Now that the group has reached 100 members, it is creating around 146 TWh (terawatt-hours) of de-mand for renewable electricity annually - about as much energy as it takes to power Poland.

“We are increasingly seeing large multinationals such as Google, IKEA and Dalmia Cement demon-strating real leadership on renewables because it makes business sense – as well as helping to lower emissions, providing stable energy costs and increasing competitiveness”, said Helen Clarkson, chief executive of The Climate Group, the organisation behind the initiative.

“We are now calling on companies to go one step further, and inspire their suppliers and peers to follow their lead so that together, we can speed the transition from fossil fuels to renewables.”

New member AkzoNobel is the second biggest electricity user in the group after Walmart, and aims to be carbon neutral and use 100 per cent renewable energy - including heat - by 2050.

Other newcomers Burberry and the Carlsberg Group aim to secure 100 per cent renewable electricity supply much earlier - by 2022.

Cees ’t Hart, chief executive of the Carlsberg Group, which also recently announced a plan to reach zero emissions at its breweries by 2030, commented: “Switching to 100% renewable electricity offers a holistic business case with financial, social and environmental benefits. Hopefully together, we can inspire others to step up and do the same.”

The transition is not just restricted to large companies. A recent survey of SMEs suggested that the vast majority want their energy supplier to be more committed to renewable energy, with nearly a quarter willing to switch to get 100 per cent clean energy.

According to energy specialist SmartestEnergy, switching to renewable power is the quickest and cost-effective way for a business to cut its carbon footprint, arguing that it adds less than one per cent to average energy bills.

Posted under Carbon Reduction on 2 August 2017