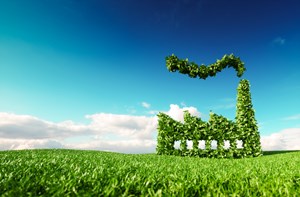 A poll of British consumers has revealed that nearly three quarters would choose a manufacturer or retailer that uses renewable energy, with more than a fifth willing to pay a premium.

The results were split down into five sectors:

• Supermarkets: Three out of four would choose a supermarket that uses renewable energy over one that doesn't

• Clothing: 84 per cent were willing to pay equal or more for clothing produced with renewable energy

• Electronics: More respondents expressed concern about how electronic devices were produced than any of the areas polled, with 85 per willing to pay equal or more if produced with renewable energy.

In addition to questions regarding renewable energy, respondents were also prompted with two versions of the same logo for well-known brands, one of which had “Uses 100% renewable energy” added. Over half (57 per cent) showed a clear preference towards logos with a green energy message.

Jeff Whittingham, managing director of Ørsted UK, said: “We know that a move to green energy makes sense for the environment, but these latest statistics show that it also good for business, making renewable energy a commercial choice as well as an ethical one.”

Energy specialist SmartestEnergy also argues that switching to renewable power is the quickest and most cost-effective way for a business to cut its carbon footprint.