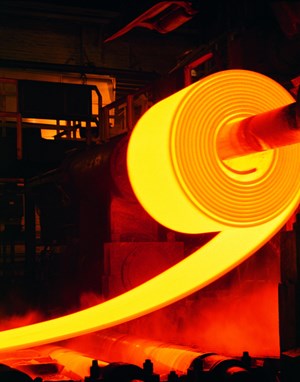 With tensions rising over the state of the UK steel industry, the Government has launched a consultation on plans to exempt energy intensive industries from certain energy costs.

The plans, first announced in the 2015 Autumn Statement, will exempt energy intensive industries, including the steel sector, from the indirect costs of subsidising renewable energy that are added to business energy bills.

The consultation has been brought forward amid the ongoing crisis in the UK steel industry following Tata Steel’s decision to sell off its UK operations.

High energy costs have been touted as one of the reasons for the industry’s decline, although the dumping of cheap Chinese imports on the UK market is understood to be the biggest factor.

Currently, certain energy intensive industries - which include activities in metals, ceramics, glass, textiles, paper, chemicals and construction materials, among others - are given compensation to help deal with the some of the costs of renewable energy levies.

However, the new plans would mean that eligible firms would be exempt from paying these costs altogether from 2017.

To pay for the exemptions, there will be a consequent increase in the electricity bills for non-eligible consumers. Energy costs for a medium-sized energy user would rise by an estimated average of £15,000 over a ten year period.

According the Government, the move would save energy intensive industries an average of £390 million a year.

Business Secretary, Sajid Javid, said: “While we can’t control the global price of steel, we are doing everything we can to help our steel industry, not just on energy costs but also securing flexibility on EU emissions rules and on tariffs.”

The project would convert a decommissioned coal power plant in Newport to biomass and other renewable energy sources to power a scrap steel recycling facility that could meet a fifth of the UK’s steel demand.

Posted under Environmental Regulations and Legislation on 6 April 2016