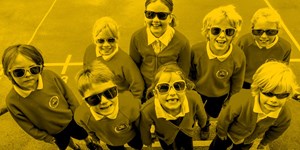 A Greater Manchester community energy scheme has launched a share offer to support local solar projects that will generate over 100,000kWh of renewable electricity in their first year.

Greater Manchester Community Renewables (GMCR) was founded in 2015 by a group of volunteers aiming to bring the benefits of community-owned renewable energy to the region.

It has now launched its first community share offer, giving businesses a chance to support community solar projects at four locations across Salford and Trafford.

The move follows the earlier launch of a community energy pledge to help rally support for renewable energy projects run for the benefit of local communities.

The projects include three primary schools in Salford and a community centre in Trafford. The solar panels installed will help to reduce their energy bills and carbon footprint and inspire children to learn about energy and climate change.

Surpluses from the scheme will go to a Community Fund to support eco-friendly projects in the local area.

Overall, it is estimated that the scheme will generate over 100,000kWh of renewable electricity in the first year, saving approximately 50 tonnes of CO2e (carbon dioxide equivalent).

It is also expected to generate combined energy bill savings of just under £50,000 and a Community Fund of over £60,000 over the lifetime of the 20-year project.

GMCR has launched a community share offer to raise £186,000 by 30 June 2016 to fund the installation of the solar panels at the four sites.

The share offer is an opportunity for businesses to make a positive impact on their local community and the environment, while also receiving a modest return of up to five per cent per annum on their investment.

The minimum investment is just £100 and everyone who buys shares becomes a member of the society to help decide on how surpluses are used.

Ali Abbas, director of GMCR, said: “We are delighted to launch our first share offer to give people across Greater Manchester the chance to invest in a project that will not only provide a financial return, but will also make a real difference to local communities and the environment.”

Posted under General Interest on 23 May 2016