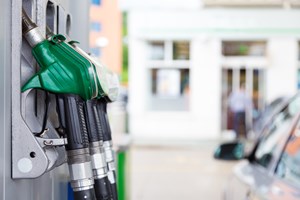 Leaders of some of the country’s biggest cities, including Manchester and Liverpool, have united to push the government to end the sale of petrol and diesels ten years earlier than planned.

Poor air quality - mainly from vehicle emissions - is responsible for more than 40,000 premature deaths a year. However, research has shown that pushing forward current plans to phase out petrol and diesel vehicles by 2040 could lead to a 30 per cent reduction in pollution by 2030.

Carmakers in the spotlight

In addition to a 2030 petrol and diesel ban, the leaders are calling for a more ambitious plan for clean air, including: a modern Clean Air Act that establishes strong air quality standards; a targeted national vehicle renewal scheme to support lower income drivers and small businesses to upgrade vehicles; and more money for air quality improvements funded at least in part by car manufacturers.

The call comes shortly after prosecutors in Germany secured a €1 billion fine from Volkswagen for cheating emissions tests in 2015.

It is understood that similar action is not currently being considered by UK government despite pressure from environmental groups, including ClientEarth, the law firm which has already won numerous court cases against the government on air quality.

Andy Burnham, mayor of Greater Manchester, said: “We have all been too complacent about the public health crisis of people breathing in illegal, polluted air. It is damaging health and shortening lives, particularly in our poorest communities.

“Greater Manchester is ready to break out of that and show the ambition needed to clean up our air. But we can’t do it alone. It is only radical action on this scale that will tackle this problem and save lives.”

Steve Rotherham, mayor for Liverpool City Region, added: “Air pollution is no respecter of boundaries so it is vital that we have concerted action at a national level. In some parts of our city region, men can expect to die seven years earlier than the national average.”