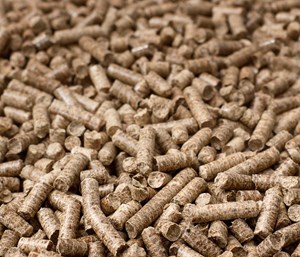 Following the release of a new five year plan, the Department of Energy and Climate Change (DECC) has proposed shock changes to the way it supports businesses to install renewable heat technologies.

The department’s new plan sets out its priorities until 2020, outlining how it will spend its £3.3 billion budget to deliver on a vision for “secure, affordable and clean energy supplies”.

In the upcoming Spring Budget, DECC plans to release its response to a major consultation on how to improve energy efficiency in businesses, which closed in November last year.

The department agrees that there “remains significant untapped potential for energy saving in the business sector”, particularly for SMEs.

It plans to integrate support for energy efficiency with low carbon heating to reduce carbon emissions in buildings “through a combination of demand reduction and efficient generation”.

As part of this plan, DECC has promised to set out a long-term strategy on heat to help reach the UK’s goal of delivering 12 per cent of heat through renewable sources by 2020.

However, in a surprise move, DECC has proposed wide-ranging changes to its popular Renewable Heat Incentive (RHI) scheme.

The RHI encourages homes and businesses to install low carbon heating systems by offering a 20-year subsidy for eligible technologies.

The proposed changes include moving non-domestic biomass boilers of all sizes onto a new tariff that degresses over the course of the year depending on how much heat is generated.

The proposed tariff change represents a significant cut for small and medium sized systems up to 999kW in capacity, while providing a bigger incentive for larger systems of 1MW or higher. Small biomass boilers are currently by far the most popular technology being supported by the RHI.

Support would also be cut completely for solar thermal water heating systems from 2017. Instead, DECC reallocate funding to drive the uptake of heat pumps, which have not been as popular as initially expected.

More support will also be given to biogas-from-waste facilities, district heating and other larger scale systems.

Other measures under consideration include setting an annual budget cap for the scheme which would block any new applications after each cap is met, and new third-party financing models to help those with poor credit.

Energy and climate change secretary, Amber Rudd, said: “The proposed reforms aim to rebalance the scheme and ensure it delivers its objectives in a manner which is affordable and offers value for money.

“The reforms also aim to make the scheme accessible to a wider range of consumers including those less able to pay, help build sustainable markets and support the right renewable heating technologies for the right uses.”

The proposals were criticised by Nina Skorupska, chief executive of the Renewable Energy Association (REA), as “yet another series of sudden and severe changes to the UK’s energy sector.”

To read the proposals in full and respond to the consultation, click here. Responses must be submitted by 27 April.