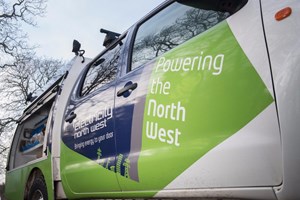 Electricity North West is asking businesses in parts of Cumbria, Manchester and Lancashire to generate more power or reduce energy usage at certain times in return for a cash reward.

The region’s power network operator is looking for customers to take part in a new flexibility service to help the network meet demand at peak times next winter without the need for more infrastructure.

“We’re all using more electricity and the traditional way to cope with increasing demand is to build a bigger network. But that’s expensive and disruptive, so we’re taking an innovative approach and asking customers if they can reduce demand at peak times or generate power locally in exchange for an incentive payment”, said Cara Blockley, Electricity North West’s capacity manager.

“We hope that by joining forces with generators, storage operators and electricity consumers, we can meet demand in an efficient and more cost-effective way that will help to reduce customers’ bills and protect the environment.”

Electricity North West is looking for businesses in the following key locations where local substations are close to capacity:

Companies suitable for demand response services include those that can generate or store their own power on-site, temporarily move energy-intensive operations to non-peak times, or have equipment that can be turned down - such as refrigerators, ovens or large air conditioning systems.

Companies interested in taking part are being asked to complete a questionnaire and return it by the end of May.