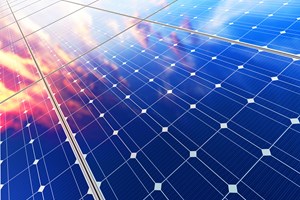 A campaign backed by over 200 organisations is calling on government to reverse plans to scrap the export tariff for solar generators, which provides ‘fair payment’ for exporting power to the grid.

The export tariff ensures that small solar panel owners are paid a fair market rate for exporting their excess power to the grid. It works alongside a ‘generation tariff’ that pays a subsidy to owners for generating clean power. Both are part of the hugely popular Feed-in Tariff (FIT) scheme, which is currently due to expire in its entirety from April 2019.

The open letter from the Solar Trade Association (STA) to energy minister Claire Perry points out that the move would leave households and small businesses as the only generators who are not paid for providing power to the grid.

In other words, they would be forced to export their power for free, effectively “subsidising the big players in the power industry”, the STA argues.

The STA also points out that the proposal to remove the export payment “flies in the face” of new EU legislation that aims to protect the rights of ‘prosumers’ - those that generate as well as consume power - leaving UK generators with much weaker rights than European neighbours.

“We are asking the Energy Minister to act quickly and promise to maintain the export tariff and to uphold the basic rights of a market”, explained Chris Hewett, STA chief executive.

“Let’s be clear; we are not asking for subsidy. We are asking for fair treatment for the everyday people and businesses who want to invest in clean power to do something really meaningful to help tackle climate change. Government must support their efforts.”

The government is currently analysing feedback on its proposals.