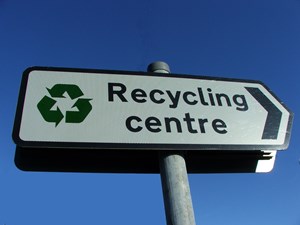 With the UK facing a falling household recycling rate, parts of the waste industry are lobbying for a tax on unsustainable packaging that could force companies to re-think their packaging.

According to government figures, the household recycling rate fell 0.6 per cent in 2015 to 44.3 per cent - the first time the rate has dropped since the government began reporting on it in 2010.

The news means that the UK is 5.7 per cent short of its EU-mandated recycling target of 50 per cent by 2020, which is now highly unlikely to be hit.

The recycling rate had already been stagnating for a number of years. England is the worst performer of the devolved nations on 43.9 per cent, a 1.6 per cent drop on 2014.

England generates more than ten times as much household waste as any other UK country, producing 22.2 million of the UK’s 26.7 million tonnes of annual waste.

Packaging waste is one area where the UK shows signs of regression. 64.1 per cent of packaging waste was recycled or recovered in 2014 compared to 72.7 per cent a year earlier.

Waste firm SUEZ is calling for a stronger extended producer responsibility (EPR) scheme for packaging manufacturers to abide by.

Currently, all producers of packaging with a turnover of at least £2 million and that handle at least 50 tonnes of packaging a year are obligated to pay a contribution to the recycling industry to meet their packaging responsibilities.

SUEZ is calling for a wider scheme whereby packaging producers would be taxed on a sliding scale according to the amount of recyclable and non-recyclable materials they use in their products.

David Palmer-Hones, chief executive of SUEZ recycling and recovery in the UK, said the country was at a “tipping point”.

“[A] levy would help pay for more comprehensive material capture schemes for a much wider range of material”, he said.

“By imposing a levy on a sliding scale, producers will be incentivised to utilise more recycled material and will therefore have an interest in the success of systems designed to capture and return the material they need back to them.”

According to resource efficiency specialist Ecosurety, a number of European countries are looking to enact national legislation that would set higher fees on packaging that is hard to recycle.

“Differentiated fees are in the long-term an opportunity for packaging producers to re-think their designs or practices to further increase recycling levels. They will eventually provide producers who refine their practices with the opportunity to save money.”