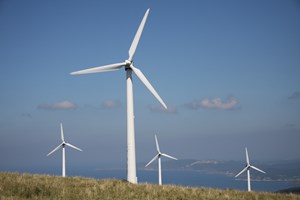 The majority of businesses are yet to wake up to the benefits of purchasing renewable energy despite the marginal cost implications, according to a new report.

The report from SmartestEnergy argues that, despite adding less than one per cent to average energy bills, many British companies are failing to recognise the significant business benefits of switching to a green energy supply.

“Smart companies should rethink their energy supply and understand the benefits that switching to renewables can bring to their business, to the economy, and to tackling the global threat of climate change”, said Robert Groves, chief executive of SmartestEnergy.

According to SmartestEnergy, switching to renewable power is the quickest and most cost-effective way for a business to cut its carbon footprint, something which is increasingly demanded by customers in the supply chain.

Businesses that fail to switch “risk damaging their brand at a time when there are increasing expectations that business should play an active role in finding solutions to climate change”, the report states.

For example, construction giant, Saint-Gobain, has switched to renewable electricity as part of its business strategy.

Linda Burgess, UK purchasing manager for Saint-Gobain, said: “Sourcing 100 per cent renewable power at a marginal cost increment can be justified to do the right thing, and it links to our strategy of reducing embodied carbon in our products. We are doing something good that internal and external audiences want to know about.”

The use of renewable energy can also build investor confidence by showing that a company is ready for the long-term transition to a low carbon economy.  For example, the report cites a recently-formed coalition of investors worth £352 billion that is calling on the world’s largest companies to source their energy from renewables by joining the RE100 commitment.

It also suggests that switching to renewable energy can form an effective centrepiece for engaging employees in reducing energy usage.

According to Richard Tarboton, executive director of energy optimisation at Ernst & Young, confusion over buying renewable electricity and understanding its carbon content has held business back until now.

“Companies want to do the right things but need clear solutions”, he said.

“[Better] energy labelling, coupled with a greater awareness of the low cost and business benefits of renewable power, are set to take [renewable power] mainstream. And the greater the demand from business, the more we will see investment flow from fossil fuel generators to low carbon renewables.”