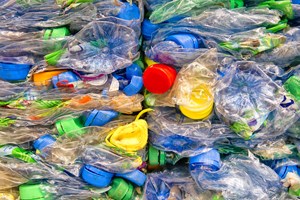 The government has launched its long-awaited Resources and Waste Strategy to overhaul the UK’s struggling recycling system and put more responsibility on producers to foot the bill.

The strategy is the first comprehensive update of government resources and waste policy for more than a decade and builds on the recent announcement for a new tax on plastic packaging.

The new plans will introduce consistent recycling criteria for all households and businesses to drive up recycling rates, and force manufacturers to take greater responsibility for their products and packaging at end-of-life.

Subject to consultation, a new Extended Producer Responsibility (EPR) arrangement for packaging by 2023 will see industry pay higher fees for recovering unsustainable packaging at end-of-life, which will raise between £500 million and £1 billion a year for improved recycling and disposal.

The current EPR system for packaging only recovers around 10 per cent of the costs of managing packaging waste, with the rest of the bill footed by the taxpayer. The reformed system will recover the full net costs from producers, an approach already being used in some European countries.

While packaging is the government’s immediate priority, the strategy commits to action in several other areas, including improving public procurement, reducing food waste and exploring mandatory guarantees and extended warranties on other products to encourage manufacturers to design products that last longer.

By 2025, the government also hopes to have consulted on five new EPR schemes for textiles, bulky waste such as mattresses and furniture, certain construction materials, vehicle tyres and fishing gear.

Announcing the strategy on 18 December, environment secretary Michael Gove said it would cement the UK’s place as a “world leader in resource efficiency”.

“Together we can move away from being a ‘throw-away’ society, to one that looks at waste as a valuable resource”, he said.

“We will cut our reliance on single-use plastics, end confusion over household recycling, tackle the problem of packaging by making polluters pay, and end the economic, environmental and moral scandal that is food waste.”

In a statement, the government said that the reformed system will “match or exceed” circular economy waste targets recently set by the EU.