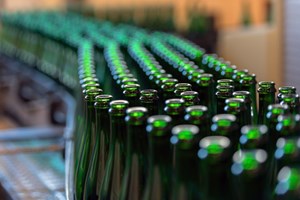 The European Commission has refused to re-assess the axing of its circular economy policies despite pressure from MEPs, but businesses are expected to lead the way regardless.

The Commission’s draft ‘circular economy’ package was designed to increase resource efficiency across the EU by introducing waste reduction targets of 70 per cent for municipal waste and 80 per cent for packaging waste by 2030, as well as banning a range of materials from landfill from 2025.

However, the proposals were scrapped in December, with vice-president of the European Commission, Frans Timmermans, announcing instead that new proposals would be agreed by the end of 2015.

The Commission has faced pressure from trade bodies and the majority of MEPs to re-instate the package, which also included new regulations on air quality.

‘Crying out for action’

Catherine Bearder, MEP for South West England, said: “Businesses and the public are crying out for action to put our economies on a more sustainable footing. The Commission must deliver it for them now.”

Despite this pressure, the Commission has ruled out a U-turn on its decision, arguing that future policies will be “more ambitious” than those scrapped in December.

Nevertheless, Liz Goodwin, chief executive of the Waste and Resources Action Plan (WRAP), argued that businesses will continue to lead the way to a circular economy despite policy uncertainty.

“Ultimately, it is businesses that will make the circular economy a reality”, she said.

“Currently in the UK, we use three times the resources that the planet can provide. It’s clear this is not sustainable, so the ‘take, make, throw away’ model has to change.

“Given price volatility, shortages of supply, diminishing resources and increased pressure to act on sustainable business practices, only a circular business model will make businesses more resilient for the future. And many businesses do understand this.”