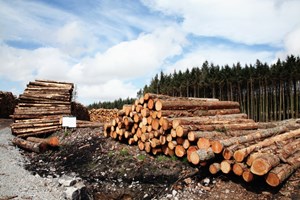 Despite an increasing uptake of zero-deforestation goals, a new forest protection project warns that many businesses are failing to take action or safeguard against supply chain risks.

The New York Declaration on Forests, signed by a number of countries, multinationals and NGOs from around the world at the UN Climate Summit in New York in September 2014, is the most recent in an increasing list of high-profile global initiatives to cut deforestation.

The Declaration aims to cut deforestation from supply chains by 50 per cent by 2020, and eliminate it by 2030, as well as restoring over 350 million hectares of forest.

However, progress is slow. For example, despite 60 per cent of the world’s palm oil trade having adopted zero deforestations plans since the start of 2014, a number of multinationals are already failing to keep up with their self-appointed targets, including Mars, Unilever and Sainsbury’s.

According to Forest 500, a new project from the Global Canopy Programme (GCP), the New York commitment and others like it will not be met if global action continues at its current pace.

Forest 500 compiles a ranking of 500 governments, companies and investors that play a key role in the global supply chains of ‘forest risk commodities’ such as pulp and paper, timber, soya, palm oil, beef and leather.

The average score for the 250 companies included in the list is 29 out of 100, suggesting that corporate action is falling well short of that needed to achieve deforestation goals.

Only seven companies scored 80 out of 100 or higher, including three UK-based firms: Reckitt Benckiser, Unilever and HSBC.

According to the project’s analysis, home and personal care manufacturing are the best performing sectors.

Mario Rautner, deforestation programme manager at the GCP, said: “Our goal with the Forest 500 is to provide precise and actionable information to measure the progress of society to achieve zero deforestation.

“Together, these 500 countries, companies and investors have the power to clean up global supply chains.”

“There are clearly operational risks that are being considered… [And] one key issue that will solve a lot of the issues is traceability. Without actors knowing who supplies them and where the commodities come from, they can’t change.”

Posted under General Interest on 16 February 2015