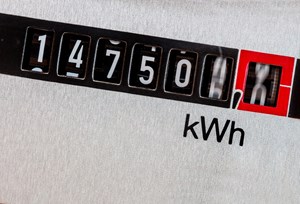 By flexing their electricity demand to meet the needs of the grid, businesses could provide the equivalent supply of six new power stations by 2020 and reduce their energy costs in the process.

The report from the Association of Decentralised Energy (ADE) demonstrates the vital role that the industry, commercial and public sectors will need to play in ensuring a stable and balanced energy grid in future.

However, with more electricity demand met by intermittent generation such as solar and wind, balancing supply and demand will become increasingly difficult.

Businesses can play an important role in this balancing act through demand-side response measures – temporarily reducing electricity consumption at peak times, changing when they use electricity or increasing on-site generation when required.

The benefits to both businesses and the grid could be enormous.

Businesses could reduce their energy costs, increase competitiveness and improve their bottom line through additional revenues from the electricity market by providing demand response services.

Meanwhile, emissions would also be reduced by avoiding the need for fossil fuel power generation, while the lower need for investment in new supply would save millions for consumers by cutting network costs.

The report estimates that network investment savings up of up £8.1 billion a year could be achieved by 2030.

The ADE estimates that the UK’s demand-side response potential by 2020 will include:

Tim Rotheray, director of the ADE, said: “We need to access the enormous resource that energy users can provide, whether they are NHS hospitals, pharmaceutical manufacturers or your local retail store.

“By putting these users at the heart of the energy system, we will make it more cost-effective, reduce carbon emissions, and give customers a chance to participate in the system and take control of their energy use.”

The report comes ahead of the government’s next Capacity Market auction, where large energy users can bid for money by promising to reduce their electricity demand when required.

Most demand response services are still only open to large organisations, although services are increasingly available for medium-sized energy users.

Upside Energy, an award-winning north west energy demand start-up, is also looking for pilot sites to help develop its idea to open up the market to small businesses and households.