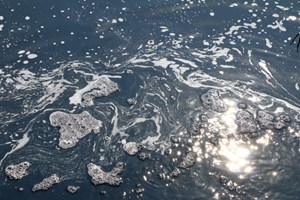 The Environment Agency has reported a significant reduction in serious pollution incidents in 2015, showing that the vast majority of regulated businesses are improving environmental management.

Notably, the number of pollution incidents caused by businesses with environment permits has decreased by 32 per cent.

The biggest improvements were in air pollution. Since 2014, emissions of greenhouse gases from air pollution incidents have reduced by 10 per cent.

Meanwhile, 97 per cent of sites regulated by the Environment Agency graded satisfactorily (A, B or C) for operational risk appraisal (Opra) assessment, which provides a risk rating to determine how much a business will be charged for an activity.

Furthermore, the Environment Agency undertook 70 prosecutions against registered companies for environmental offences in 2015, compared to 81 in 2014.

However, among the more persistent environmental issues for the Environment Agency is waste crime.

A recent survey of 1,000 businesses revealed that almost half were unsure about where their waste goes, with many leaving themselves open to fines and prosecution.

By not complying properly with waste duty of care rules, businesses risk their waste falling into the hands of criminals, which could lead to environmental, health and safety risks through fly-tipping and illegal disposal.

Posted under Environmental Regulations and Legislation on 3 October 2016