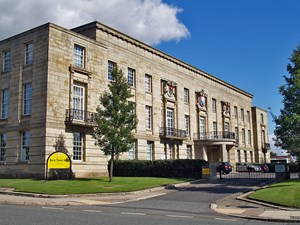 Bury Council has cut its carbon emissions by more than a quarter since 2009, slashing energy costs by 20 per cent in the process through energy efficiency, ‘green champions’ and other projects.

The 27 per cent reduction in emissions since 2009 includes all emissions released directly by the council’s activities and indirectly through electricity use, as well as car travel, rail travel, air travel and electricity transmission losses.

In total, gas use has decreased by 33 per cent and electricity use by 9 per cent.

Well over 100 projects have been implemented, helping to slash energy bills by more than £1 million.

In the last 12 months alone, the council has reduced its energy use in non-domestic properties by 12 per cent against the previous year - saving over £182,000. It also generated nearly 30,000kWh of clean electricity through solar power and other renewables.

Cllr Alan Quinn, cabinet member for the environment, outlined some of the measures the council has recently taken.

Bury Council also runs a Carbon Cost Challenge campaign, which aims to raise awareness amongst staff and ensure that everyone plays their part in reducing energy consumption.

As part of the campaign, a network of over 50 ‘Green Champions’ from across the council help embed carbon management in all areas of activity.

“To encourage staff awareness of energy efficiency and carbon targets, our network of Green Champions’ ran a ‘Switch off fortnight’ in council buildings and schools to encourage behaviour change”, Cllr Quinn added.