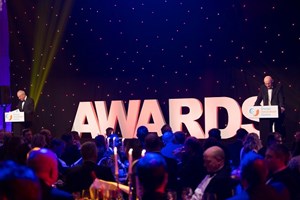 The UK Energy Innovation Awards 2016 has opened for applications, with 10 categories up for grabs ahead of the awards ceremony in Manchester in April 2016.

Now in its seventh year, the UK Energy Innovation Awards provides a platform for pioneering small businesses and individuals to promote the technologies and ideas that are pushing the boundaries of innovation in the electricity, gas or renewables sectors.

It is hosted by the Energy Innovation Centre (EIC), a collaborative partnership between the UK’s electricity network operators and gas distribution networks, based in Ellesmere Port.

The EIC aims to bring industry and innovation together to drive the discovery, development and deployment of innovative technologies and ideas for power distribution networks and the offshore renewable energy sector.

In June 2015, it revealed record investments in innovative technology projects totalling £3.9 million in 2014/15.

The awards categories include:

Denise Massey, managing director of the EIC, said: “The awards are growing year-on-year which proves that the innovation culture within the energy sector is continuing to thrive.

“There are so many creative companies and individuals out there that are working hard to drive innovation forward in the sector but we know that there is still a big challenge for them around how quickly the energy networks take-up these ideas.

“The awards are a fantastic opportunity for these businesses to build some momentum around their ideas and technologies, and to tell their stories in front of an audience of over 400 people drawn from industry and our growing innovator community.”

The closing date for entries is 11 December 2015, with the shortlist set to be announced in February 2016. To submit an entry or nomination, click here.

Posted under Energy and Renewables / Environmental Technologies on 3 November 2015