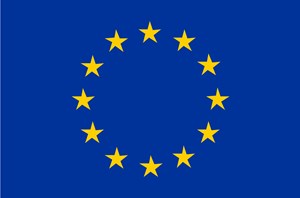 The Prime Minister has called for a transitional period after Brexit that would see EU rules apply to UK businesses into the early 2020s, potentially including new incoming environmental regulation.

In her long-anticipated Brexit speech in Florence on 22 September, Theresa May suggested that an “implementation” period should apply after the UK leaves the EU in March 2019 to put a new trade deal in place

During the additional period, which could last “around two years”, all existing rules and regulations would continue to apply.

“Clearly people, businesses and public services should only have to plan for one set of changes in the relationship between the UK and the EU. So during the implementation period access to one another’s markets should continue on current terms”, the Prime Minister said.

The call for more time has a number of implications for environmental regulation, most notably for the EU’s upcoming Circular Economy Package.

The policy package, which is yet to be agreed by member states, will put a raft of new rules in place to encourage waste reduction and resource efficiency, including product and packaging design.

If a transitional period is agreed, this could mean the UK will have to adhere to the new regulations without wielding a powerful influence over their final format.

The extension of EU rules will also have implications for the UK’s adherence to EU renewable energy, energy efficiency, carbon emissions and air quality targets. The latter is particularly notable because it increases the chances of the UK facing EU fines for its continued failure to bring air pollution under control.

Looking further into the future, the Prime Minister said that the UK shared the EU’s “commitment to high regulatory standards”, saying that people in Britain do not want “a poor environment”.

She also directly mentioned “the threat of climate change” as an example of the challenges which the UK and the EU should continue tackling together.