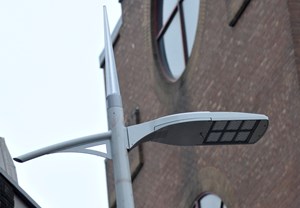 A major roll-out of LED street lighting in Bolton began earlier this month as part of a project to reduce energy use from lighting by around 50 per cent.

Approximately 26,000 street lights and around 1,500 other street lighting assets such as bollards and sign lights will be replaced with LED upgrades in Bolton between April 2015 and April 2017.

The new lighting will be controlled by a wireless central management system to allow the lights to be monitored from a central point. As well as enabling lighting levels to be varied according to demand, this will also reduce inspection costs and make it easier to repair any faults.

The project, which will cost around £10 million in total, is expected to save the council up to £700,000 a year in reduced energy bills, equating to £14 million over the next 20 years.

Cllr David Chadwick, Bolton Council’s cabinet member for highways and transport, said: “This is a big investment which will save us money by reducing energy bills, maintenance costs and carbon taxes.

“The lights use less energy and last for longer. An LED light can last for up to 100,000 hours compared to a standard street light, which lasts for around 15,000 hours. It’s a great example of an investment we’re making to save money in the long term.”

The higher quality and more controllable light output from the LEDs will also help to reduce light pollution by directing light to the specific areas where it is needed.

“They’re brighter and will keep the streets well lit and safe for pedestrians, cyclists and drivers, reducing the chance of accidents and crime.”

Posted under General Interest on 15 April 2015