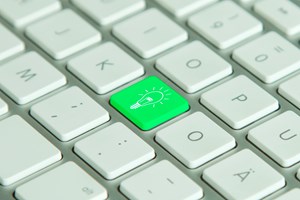 Extreme Low Energy, a start-up with offices in Liverpool and Manchester, has urged companies to look at the “root cause” of energy problems after being shortlisted for a number of awards.

The manufacturing start-up recently won the New Environmental Enterprise of the Year at the 2016 Liverpool ECHO awards and was also shortlisted in the 2016 Made in the Northwest and Merseyside Innovation awards.

The company specialises in low energy ICT infrastructure and last year was recognised as Britain’s most innovative small business for its patent-pending range of computing solutions.

According to the company, its ICT infrastructure can reduce the energy wastage associated with inverter-based technologies by up to 50 per cent and cut total ICT-related energy usage by as much as 90 per cent when compared to standard infrastructure.

Extreme Low Energy has also developed an innovative lithium-based energy storage and distribution system that has a life expectancy of up to a decade and can pay back in less than three years.

Energy storage is expected to play a key role in energy systems within the next few years, with recent research suggesting that it could save £2.4 billion a year by 2030 in the UK.

‘Fixing the root cause’

Mark Buchanan, founder and technical director at Extreme Low Energy, said it was important for companies to prioritise energy demand reduction over more popular measures such as generating their own renewable power.

“Winning the New Environmental Enterprise of the Year award is not only a fantastic honour but also vindication for the areas of product research and development we are undertaking in order to reduce energy usage in ICT systems”, he said.

“Organisations are looking at ways to generate clean power locally, but this is only fixing a symptom and not the root cause.

“Our focus is on energy demand reduction and therefore reducing the amount of energy needed either from renewables or from the national grid, because we are lowering ICT running costs by an average of 70-80 per cent and this is having a large impact on bills and CO2 outputs."