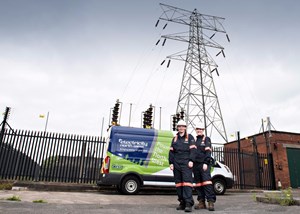 The results are in for Electricity North West’s regional energy test, with over half of consumers rated as energy saving champions - but there is still more consumers can do.

The North West’s network operator launched its Switched On campaign in November 2017, offering consumers the opportunity to discover their ‘energy persona’.

The test categorised users as ‘Energy Drain Janes’, ‘Energy Steady Eddies’ or ‘Energy Busting Beths’ based on their energy behaviour at home and provided an energy saving guide tailored to each.

The campaign hoped to highlight the importance of energy efficiency and consumers’ impact on the power network, which is facing rising costs and a rapidly changing energy market.

Of the 1,506 consumers who took part, 51 per cent were revealed to be Energy Busting Beths - those that implement lots of energy saving measures at home.

Blackpool and Preston had the most energy saving champions, with Lancaster and Stockport the worst performing areas.

“We commissioned the survey to delve into people’s attitudes towards energy saving and really get them thinking about ways they can improve their efficiency.

“While overall the results were encouraging, there is still more consumers could do. With the energy landscape facing the biggest change in its history it’s vital we all change our behaviour towards energy consumption.

“Getting ‘switched on’ means together, we can really transform our future and our communities by reducing the need for costly new infrastructure and ensuring future capacity and affordability.”