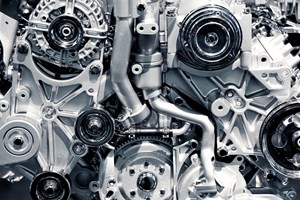 Global sales of combustion engine cars may have peaked in 2018, according to car industry experts, with manufacturers now rapidly shifting to electric alternatives.

Although forecasts made as recently as the start of 2018 predicted that demand for fossil fuel powered cars would keep growing for at least another four years, a number of analysts told the Financial Times in December that demand had been shrinking in the EU, US and China since the summer.

Even if overall car sales pick up slightly in 2019 or 2020, electric cars are predicted to grow fast enough to shrink the portions of combustion engines sold, the Financial Times said.

Car manufacturers are rapidly accelerating their move towards electric-only models. For example, Volvo plans to only sell all-electric or hybrid cars by the end of this year.

On the road to zero

Sales of electric vans are also expected to grow significantly in the coming years. In September 2018, sixteen of the UK’s largest van fleet operators joined a government-backed commitment to go electric, agreeing to replace 18,000 vans in total by 2028.

United Utilities, one of the signatories, aims to power all of its vehicles with energy generated by its own on-site power within this timeframe.

The government’s Road to Zero Strategy, launched last year, plans for at least half of all new cars and 40 per cent of new vans to be low emission by 2030 through a “massive expansion of green infrastructure”.