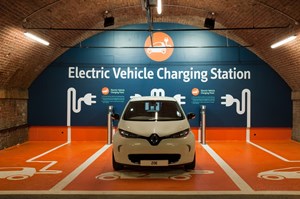 The inaugural Green Summit on 21 March set out a range of new environmental ambitions for Greater Manchester, including doubling the size of the city region’s electric vehicle charging network.

To support this plan, £3 million in newly secured funding will be spent on expanding the current network in 2019 from 318 charging points to 366 and promoting electric vehicles.

The funding is part of the government’s national drive to improve air quality in towns and cities, so the charging points will be placed in areas where air pollution is highest.

“It’s vital that we have the right charging infrastructure to support demand for greener travel.”

Following a consultation in 2017, the mayor has also announced a ‘Congestion Deal’ to incentivise residents and commuters to change their travel behaviour.

The deal will include new incentives for employers to introduce flexible start and finish times for their workforce.

This could be achieved through the potential introduction of an ‘early bird pre-peak’ ticket offer for Metrolink trams, as well as a group discount for businesses that agree to implement flexible working practices.

Greater Manchester will also conduct a ‘high occupancy vehicle lane’ pilot to give priority to cars with three or more passengers to encourage more car sharing.

“If everyone does their bit, from businesses to bus operators and from council to commuters, we can work together to reduce congestion”, Andy Burnham added.

A broader Clean Air Plan for Greater Manchester will be published later this year.

Posted under General Interest on 4 April 2018