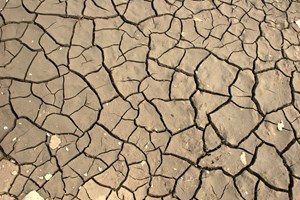 A group of corporations representing over $3 trillion (£2 trillion) in annual revenue have signed a White House pledge in support of a strong international agreement on climate change at UN negotiations in Paris.

The signatories, which among others include Microsoft, Apple, Nike, Coca Cola, Sony, Procter & Gamble and Unilever, have promised to voice support for a strong outcome from the upcoming UN conference in Paris, where countries are expected to sign a landmark agreement on climate change policy beyond 2020.

As part of the American Business Act on Climate Pledge, signatories have also made individual company-specific pledges to reduce their environmental impact either directly or through their supply chains.

Collectively, the pledges reportedly amount to $160 billion (£104 billion) of investment in low carbon technologies and solutions.

For example, IT firm, Dell, has pledged to reduce emissions from facilities and logistics by 50 per cent by 2020 on a 2012 baseline, as well as implement zero-waste packaging across all its products by 2020.

As part of its commitments, IKEA has pledged to produce as much renewable energy as it consumes by 2020, as well as encourage its suppliers to become 20 per cent more energy efficient by 2017.

Meanwhile, Mars has pledged to achieve zero waste to landfill across all its sites by 2015 and eliminate 100 per cent of its emissions across its global operations by 2040.

A full list of signatories and their commitments can be found here.

Speaking at a roundtable with business leaders, President Obama pointed to the signatories as proof that the corporate perception of climate change was changing.

“Considerations of climate change, energy efficiency [and] renewable energies are not only not contradictory to bottom lines, but for these companies, they’re discovering that they can enhance their bottom lines”, he said.

In the lead up to UN negotiations in Paris in December, 146 countries have submitted their nationally-determined plans to contribute to global climate change mitigation.

However, a UN report assessing these commitments has concluded that they are currently not enough to limit global warming to the 2 degrees Celsius target set by climate scientists, meaning that more heated negotiations will be required in Paris.

Christiana Figueres, executive secretary of the UN Framework Convention on Climate Change (UNFCCC), said: “Fully implemented, these plans together begin to make a significant dent in the growth of greenhouse gas emissions. I am confident that these [commitments] are not the final word in what countries are ready to do and achieve over time.”