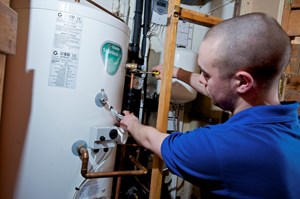 A new report has revealed a record-breaking surge in the number of energy efficiency projects implemented by UK businesses, with behaviour change making a notable breakthrough.

The quarterly Energy Efficiency Trends report, compiled by energy analysts, EEVS, and Bloomberg New Energy Finance, found that over 80 per cent of businesses surveyed authorised new energy efficiency projects in quarter three of 2015 – the highest recorded since the survey began in 2012.

When broken down by sector, industrial and manufacturing led the way in terms of new energy efficiency projects, closely followed by offices and education.

However, there was also a widespread uptake across a wide range of other sectors, including hospitals, universities, leisure centres and other public buildings.

The survey responses showed that the capital cost profile of new energy efficiency projects were split largely between smaller scale projects of up to £50,000, and large projects of over £500,000, with medium-scale projects far less popular.  Payback periods averaged between three and four years.

In-house capital was the key source of finance for the vast majority of projects, although a combination of in-house and external finance was also popular. Projects delivered through externally-sourced finance alone were rare.

Energy efficient lighting and lighting controls were the most popular measures implemented by the respondents, accounting for more than half of all energy saving projects.

Boilers controls also experienced growth, perhaps due to seasonal influences, as did projects that included efficiency measures to building fabric. However, there was a fall in the overall number of measures for motors and drives, voltage optimisation, and heating, ventilation and air conditioning (HVAC).

For the first time, the report also found that behaviour change initiatives were frequently delivering measurable, ‘metered’ savings of up to 5 per cent of energy consumption, with some projects delivering savings in the region of 10-20 per cent.

Around 80 per cent of respondents to the survey said they had undertaken at least one behavioural change programme in the last three years, with the public sector leading the way. Online communication and face-to-face staff engagement were the most popular methods of delivery.

However, behaviour change remains an untapped resource for the manufacturing sector, with 40 per cent of respondents in the sector reporting that they had not engaged in any behavioural change schemes to date.

“The most important insight is that the success of many of the projects has been measured using energy meters,” said Chris Large, senior partner at Global Action Plan, which sponsored the report.

“The survey indicates more than 50 per cent of engagement programmes have achieved metered energy savings. Seeing an energy meter recording lower consumption is the crucial evidence required for energy managers and estates directors to invest effort and budget in behaviour change programmes.”