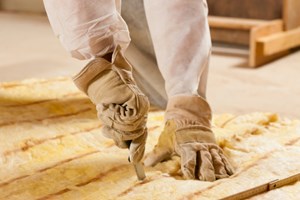 The new funding, launched on 16 March, is the third GDHIF release since June 2014.

The scheme offers households cash vouchers of up to £5,600 for installing a selection of energy-saving measures, including double glazing, boilers and cavity wall, solid wall and floor insulation.

The original launch of the scheme saw £120 million in funding vouchers allocated within just a few weeks, forcing an early closure that sparked criticism from the energy efficiency industry.

A £100 million re-launch late in 2014 saw £30 million released in December 2014, with the remaining £70 million released this month. The funding is additional to the £450 million the Government plans to spend on domestic energy efficiency between 2014 and 2017.

In order to make the application process more robust and control the speed at which funding is being allocated, householders now need a Green Deal Advice Report (GDAR) or Energy Performance Certificate (EPC) that is less than two years old to be eligible for funding, followed by a quote from a GDHIF registered installer or provider for work specified on the GDAR or EPC.

Over 25,000 households have now benefitted from the GDHIF since its launch and Martin Lewis, founder of MoneySavingExpert.com, expects the rampant demand to continue.

“There’s nothing that generates action better than free cash – which is what effectively the Home Improvement Fund is. So yet again demand is likely to be huge”, he said.

“The first time it was done £120 million went in six weeks, then £24 million went within 48 hours, so this time I suspect £70 million to last not much longer than a week.”

More than 1,100 businesses are currently authorised to provide work under the GDHIF scheme.

Meanwhile, energy and climate change secretary, Ed Davey, has announced £3 million in funding to pilot a scheme that will enable doctors to prescribe new boilers, insulation and double-glazing to fuel-poor patients suffering from cold homes.

It is hoped that the move will tackle fuel poverty as well as cutting the cost of cold weather-related illness to the NHS – estimated at around £1.5 billion a year.