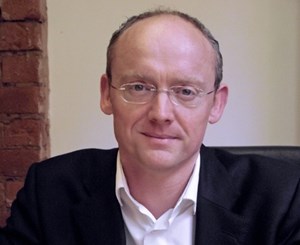 Todd Holden, director for low carbon policy and programmes at the Manchester Growth Company, gives his take on the collapse of oil prices and its impact on global energy investment.

It’s a risky business. No I’m not thinking Tom Cruise prancing around in white socks, I’m thinking about the price of oil and what that might mean for all of us. While it’s no longer teatime news, the last 9 months have seen the biggest change in the global oil market since 1973.

Last June, oil was trading at $114 a barrel. As I type it’s trading at $50. This is moving trillions of dollars from the pockets of oil producers to consumers, with the potential to act as a shot of adrenalin for the economy.

There are a number of factors pushing the cost down: improved transport efficiency, a slowdown in the global economy, Middle East tensions not having their expected impact on production and, intriguingly, last year’s decision by the Organisation of the Petroleum Exporting Countries (OPEC) not to cut production.

This is a new and very interesting line from OPEC. The cartel’s decision is clearly a direct response to the US shale oil boom, which has increased US oil production to 90% of Saudi Arabia’s – OPEC’s most influential member.

Letting the price fall will cause some short term pain, but OPEC members know that low oil prices will reduce future investment in fracking, deep water drilling and extraction from the Canadian tar sands, whereas keeping them high would do the opposite. The fact that Iran and Russia are being hit particularly hard by low prices will not be seen as bad thing in Riyadh.

Whether $50 a barrel is the ‘new normal’ is much harder to call. I doubt it; as new investment in less profitable areas dries up, and given the fact that output from fracked oil wells drops off by 60% in the first year, it won’t be too long before supply starts to contract and prices rise again.

What is clear is that the Saudis are no longer prepared to lose market share, and as such have relinquished their place as the market’s marginal supplier, with US shale oil now taking this role.

Against this backdrop it’s therefore surprising that oil companies are still following their tried-and-tested business model, even though the rules of the game have changed.

In the short-term, oil companies will continue to pump their oil: they’ve drilled the wells, the costs are sunk, so they’ll keep pumping and the revenue will keep flowing. So, if you’re a global oil company, or your pension is invested in one, here are the billion dollar questions: where will the oil price settle and how do I generate profits in the future?

The rules of the game have changed

Oil companies are constantly looking to use the oil reserves which they can commercially extract, and that’s the rub.  Many of the reserves they own aren’t viable in a $50-a-barrel world.

Not only is it becoming harder for them to know where future returns will come from, their market value is also being questioned – in a $50-a-barrel world, are they and their reserves as valuable as they say they are?

The risks are high

One clear sign that the risks are high is when the best option is to restart drilling in the Arctic, as Shell announced recently.

When you consider that the Deepwater Horizon disaster cost BP £29 billion (forcing it to sell so many assets it reduced its size by a third), if drilling in the Arctic is the best option then you start to get a feeling for how risky this oil business really is.

Renewable energy is the ultimate answer to this quandary, and more and more energy companies are realising this. They’re the safe bet: long-term fixed income streams, clearer policy and ever-widening support in a world that’s starting to go cold turkey on its oil addiction.

Posted under General Interest on 27 February 2015