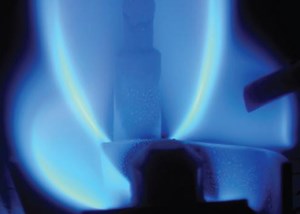 Almost 6,000 companies have complied with the Government’s Energy Savings Opportunities Scheme (ESOS), with 1,000 more expected in the coming weeks, after the extended deadline passed.

ESOS transposes the demands of the EU Energy Efficiency Directive into UK law. It requires every business with more than 250 employees, £40 million in annual turnover or a balance sheet of more than £34m to complete an officially approved energy efficiency audit every four years, with the aim of reducing energy bills and carbon emissions.

Results from the first audits were originally due in by 5 December 2015 but fears that too many businesses were lagging behind prompted the Environment Agency to extend its deadline to 29 January.

Despite a last-minute rush at the end of January, with 1,015 notifications of compliance being received in the last two days alone, compliance rates are still well below the anticipated 10,000.

The 3,000 or so companies still in breach of the rules now risk hefty fines, although the Environment Agency’s initial focus will be to bring on board the 1,000 that have notified it of their intent to comply.

In an interview with ENDS, an Agency spokesperson said: “Our focus is on bringing organisations into compliance with ESOS and we will start contacting those organisations that have not yet complied this month.

“We will normally use enforcement notices to bring organisations into compliance and only issue civil penalties in the most serious cases.”

Hugh Jones, managing director of advisory services at the Carbon Trust, added: “Despite the extended deadlines, we know that a lot of organisations have had to push hard to try to complete their ESOS compliance before the end of January.

“Although, despite those efforts, some will have left it too late, others will have faced challenges around data availability, and it seems that there was a crunch period where good quality advice and support was difficult to secure. There will be a number of boards that are now starting to worry about potential fines.”

There are now four years until the next ESOS audit deadline and many larger companies are planning to implement the ISO 50001 standard in the meantime, as a way to gain automatic compliance.

As Green Intelligence reported last month, the Environment Agency and the Carbon Trust have also collaborated to produce a practical guide designed to help smaller businesses in the ESOS scheme use their audit findings to reduce their energy bills and emissions.

A separate guide has also been produced to help small and medium-sized enterprises (SMEs) that fall outside the ESOS criteria to make energy savings through simple, no cost and low cost efficiency improvements.