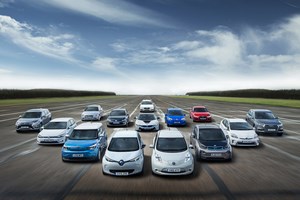 Thousands of UK SMEs have already added electric vehicles to their fleets, and 400,000 more would save on whole-life vehicle costs by joining the trend, according to a new report.

According to the government-backed Go Ultra Low initiative, the majority of smaller businesses are unaware of the cost saving potential of electric vehicles because they only focus on purchase price rather than whole-life costs.

When whole-life is taken into account, Go Ultra Low estimates SMEs could save up to £1,440 a year with an electric vehicle over a conventional car or van. This is because the higher initial cost of a plug-in vehicle is more than offset by the significant fuel savings, grants and tax benefits and lower maintenance costs.

Around 46,000 SMEs have now added electric vehicles to their fleets, leaving around 400,000 yet to make the jump.

“Cost savings are a top priority for companies of all sizes. So, fleet operators from both SMEs and large companies that look beyond a vehicle’s initial purchase price or monthly rental stand to save their companies thousands of pounds every year”, said Poppy Welch, head of Go Ultra Low.

“With an ever-increasing number of plug-in models now available, it’s even easier for businesses to identify an ultra low emission vehicle that suits their needs.”

In related news, BP has announced that it will start installing rapid charging points for electric cars at its UK petrol stations during February and March.