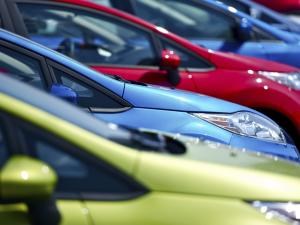 The government has launched a £35 million boost in funding to encourage uptake of low emission cars and motorcycles in the public and private sector.

The new funding will be used to install thousands of new electric vehicle chargepoints across the UK and provide vehicle grants for the public and private sector.

£30 million will be available for installing chargepoints, including £20 million for ultra-low emission taxis, £7.5 million for workplaces and £2.5 million for homes without off-street parking.

The workplace charging fund will be launched later in 2016. It will be open to both private and public sector workplaces for staff and fleet use.

The remaining £5 million will be used for grants to encourage uptake of zero emission motorcycles (£3.75 million) and hydrogen fuel cell vehicles (£2 million).

Grants for electric motorcycle and scooters will cover up to 20 per cent off the cost, up to a maximum value of £1,500.

The £2 million hydrogen fuel cell competition closed to entries in July 2016. The fourteen winning public and private sector organisations will introduce a total of 50 hydrogen-fuelled cars and vans into their fleets. This will more than double the number of hydrogen fuel cell vehicles on the road in the UK.

Transport minister, John Hayes, said: “No matter what mode of transport you need - a scooter to get to work, a car or van to run your business - we are here to help you do it with zero emissions.

“The number of ultra-low emission vehicles on our roads are at record levels and new registrations have risen by 250 per cent in just over 2 years.

“We are committing £35 million to help install new chargepoints and offer new grants as we aim for nearly all cars and vans on our roads to be zero emission by 2050.”

There are nearly 30 electric and hybrid models now available on the market. For more information from the government-backed Go Ultra Low campaign, click here.