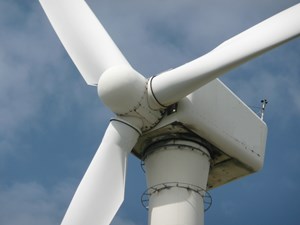 Over £200 billion was invested in renewable energy worldwide in 2015, according to a new UN-backed report, with more renewable energy capacity installed than all other energy sources combined.

The annual Global Trends in Renewable Energy Investment report from the UN Environment Programme (UNEP) shows that 134GW of power from renewables was installed in 2015, compared to 106GW a year earlier. This represents 16.2 per cent of global power capacity, up from 15.2 per cent in 2014.

For the first time, this meant that more than half of all new power capacity installed came from renewable sources, despite continuing low prices for fossil fuels.

Global investment in new renewable energy reached nearly $286 billion (£200 billion), more than double the amount invested in new coal and gas power and surpassing the previous global investment record set in 2011. Most of this (£190 billion) was invested in solar and wind technologies.

Also for the first time, investments in developing countries outstripped developed countries, suggesting that renewable energy is now popular and feasible across the globe.

The results show that the increasing cost-competitiveness of renewable energy technologies has been more than sufficient to keep growing the share of renewables in global energy supply despite difficult market conditions.

“Renewables are becoming ever more central to our low carbon lifestyles, and the record-setting investments in 2015 are further proof of this trend”, said UNEP executive director, Achim Steiner.

“Continued and increased investment in renewables is not only good for people and planet, but will be a key element in achieving international targets on climate change and sustainable development.”

According to new data from the Department of Energy and Climate Change (DECC), the share of electricity generation in the UK from renewable sources was a record 24.7 per cent in 2015, up from 19 per cent a year earlier. In particular, generation from bioenergy rose by nearly 28 per cent, while wind generation was up by over 26 per cent.

“As old coal [generation] turns off, renewables [are] quietly taking its place, delivering energy security and value for money. It makes more sense than ever to fully support and take advantage of our natural resources.”

Posted under General Interest on 5 April 2016