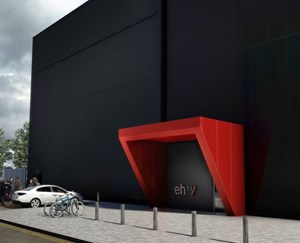 The University of Salford is to build a state-of-the-art testing facility for energy and green construction companies after getting the go-ahead for a spin-off of its renowned Energy House.

Energy House 2.0 will help hundreds of UK companies in the construction, energy, smart homes and digital sectors to test their innovations in a weather-controlled lab where buildings can be constructed, tested and demolished.

The facility is a successor to Salford’s original Energy House - a Victorian terraced property housed within an environmental chamber, which opened in 2011. Energy House 2.0 will be much bigger, allowing testing in a range of different types of buildings.

The lab will create wind, snow, rain, solar simulation and temperatures ranging from -20C to 40C, allowing innovations to be tested in almost any scenario.

“We’re determined to push boundaries to make Greater Manchester one of the greenest city regions in Europe. Energy House 2.0 at the University of Salford will be a significant driver towards truly net zero carbon homes and workplaces, not just here in Greater Manchester, but across the UK”, the mayor said.

The new facility is forecast to be completed in 2020.