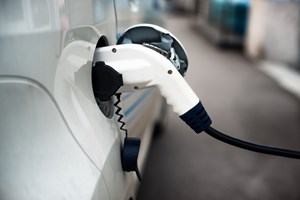 New figures show that registrations of ultra-low emission vehicles in the UK have nearly doubled in the last two years and now exceed 100,000 as popularity continues to increase.

The latest statistics from the Department for Transport show that more than 43,819 ultra-low emission vehicles (ULEVs) were registered in the UK in 2016/17, taking total numbers to more than 108,000.

Around 85 per cent of these are plug-in electric cars and 3 per cent are plug-in vans, which are now eligible for several grants and financial incentives.

The total number represents a 91 per cent increase on figures for 2014/15 and means ULEVs now account for more than 1 in every 100 new vehicles on the road.

This may seem like a small share of the market, but it has been growing rapidly and evidence suggests that this will continue unabated. Nearly 14,000 ULEVs were registered between January and March 2017 alone.

Transport secretary Chris Grayling hailed the UK’s progress on clean vehicles, saying: “Electric vehicles are cheaper to run, we are offering car drivers grants worth up to £4,500 off the price of new low emission cars and more charge points are being rolled out across the country.

“I am determined to improve Britain’s air quality which is why we have pledged £600 million to support the uptake of ultra-low emission vehicles”, he added.

The UK has an attractive incentive programme in place for businesses, including tax breaks and grants for workplace charging stations and eligible vehicles.

The Energy Saving Trust has produced a useful video guide that outlines all the different vehicle technologies available and who would benefit most from each.

Posted under Environmental Technologies and Renewable Energy on 20 June 2017