bake&TAKE is an innovative bakery and coffee bar initially developed from a franchise concept seen in Germany, which sells a range of up to 250+ freshly prepared products.

Launched in Germany, where it is known as backWERK, the idea was created to exploit a gap in the market in the UK offering a self-service continental deli-style bakery and coffee bar serving fresh, affordable products all day long. There are over 300 BackWERK stores across Germany, Austria, Switzerland and The Netherlands and the success of these lead to it being copied and altered to suit the UK market.

Robin Page and his business partner Steve Mahon set up the business in 2013. Both entrepreneurs have previous experience at a senior level in national franchise outlets and have jointly opened over 400 stores across multiple business formats.

“Taking into consideration the enormity of the task, I knew I needed to have someone alongside me to turn this into a reality. I talked to Steve about the business and after we reviewed the opportunity, Steve also decided to invest alongside me. Together we have a strong set of skills in both retail and franchising,” says Robin.

After successfully proving the concept with an initial store in Ashton-under-Lyne, Manchester, the team were seeking £200,000 of equity funding to further develop the franchise model. This type of finance is particularly difficult to source in the competitive food and drink sector. 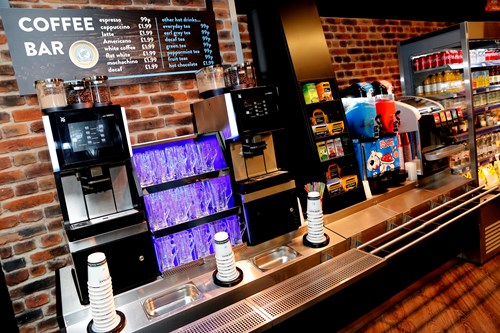 Working closely with Ian Dixon, the Hub’s access to finance lead, and in conjunction with the North West Business Angels (NWBA), Robin received guidance and coaching to develop the investment proposition and a suitable investment presentation to investors. Following a successful presentation to a NWBA Investor Club event the business generated significant potential interest from a variety of investors.

Following detailed discussions, the business identified that the use of the innovative UK Home Office Tier 1 Entrepreneurial Visa Scheme was ideally suited to its requirements. The scheme offered not only investment but access to valuable resource to strengthen management within the growing business.

Through NWBA Ian Dixon introduced Robin to the Ying De Group, an investment platform linking Chinese investors to UK-based business investment opportunities. Ian initiated a series of meetings with the investment platform, and was able to offer support and advice on potential investment formats and deal structuring. Ultimately, this led to the identification and introduction of a Chinese investor through the Ying De Group, who invested £200,000 into the business and now is a key member of the management team alongside Robin and Steve.

Following the success of the ‘proof of concept store’ in Ashton the investment supported the accelerated development of the franchise roll-out. The company sees the potential to launch over 300 outlets nationwide – with between 15-20 in Greater Manchester – creating up to 15 new jobs in each outlet. 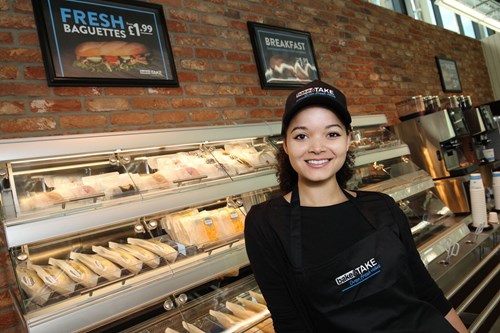 Robin adds: “We spent the first 12 - 18 months putting the infrastructure in place and with a significant investment of more than £1million we are now ready to take this business to the next level.

“Our flagship store in the UK has been open for 36 months and is trading well ahead of budget. We’re firm believers in the whole idea of franchising because we believe it has a greater chance of success than any other business type.”

bake&TAKE offer entrepreneurial businessmen and women the opportunity to open their own stores across the country under the franchise model − with four new franchise stores open, the latest of which is in the Rock Shopping Centre, Bury, and six more signed up to open by the end of 2017.