Katherine Burden breaks down the big announcements from COP26 to highlight the green technologies and services most likely to benefit, and those that needed more attention.

The COP26 climate summit in Glasgow resulted in an historic ‘Glasgow Climate Pact’ adopted by nearly 200 countries to ramp up global action on climate change.

It takes us some of the way to where we need to be, but ultimately still falls well short of what scientists say is necessary. The collective commitments negotiated at the conference put us on a trajectory to global warming of around 2.4°C above pre-industrial levels. That’s an improvement on what we had before, but it’s still far off the 1.5°C goal countries had agreed to. A 2+°C warmer world would be catastrophic for hundreds of millions of people, so countries have agreed to re-convene again next year to strengthen their commitments.

This doesn’t mean COP26 was a complete disaster. Good progress was made on a number of fronts and the prospects for many parts of the low carbon economy have improved. Below are some of the big winners from the conference.

The Glasgow Climate Pact is the first global climate agreement to explicitly reference the need to reduce the fossil fuels.

Coal, the dirtiest fossil fuel, was one of the biggest topics at COP26. An early draft of the agreement included a global commitment to “phase out” ‘unabated’ coal power completely. Unfortunately, this became “phase down” at the last moment, which means coal will be able to live on a little longer (although more than 40 countries have committed to phasing it out entirely by either the 2030s or 2040s). While disappointing, it’s still a big marker in the sand for global energy investment.

A commitment to “phase out” public subsidies for fossil fuels did survive in the final text. Nearly 40 countries also pledged to end overseas investment in fossil fuels in 2022, potentially shifting more than $24 billion of finance towards clean energy sources.

These agreements will ultimately mean less investment in fossil fuels and an acceleration towards renewable energy worldwide.

One of the biggest clean energy achievements at COP26 was a new 'Just Energy Transition Partnership' between South Africa and the US, UK, France, Germany and EU. The initiative will see $8.5 billion invested in South Africa’s transition from coal to a ‘clean energy economy’ over the next five years, including renewable power, electric vehicle manufacturing and green hydrogen. It’s already being described as a template that could be used for similar investment partnerships in future. Along with coal and fossil fuels, transitioning to EVs was one of the items at the top of the UK’s hit list as President of COP26.

During the second week of the conference, nearly 30 counties signed a declaration to accelerate the transition to 100 per cent zero emission cars and vans. The signatories committed to all new cars and vans being zero emission by 2040 or earlier, or by no later than 2035 in leading markets. This brings a significant portion of the global market in line with the UK’s own targets to phase out fossil fuel powered cars by 2030 and vans by 2035.

Major vehicle manufacturers representing over 30 per cent of the global market – including Ford, GM, Jaguar Land Rover, Mercedes-Benz and Volvo – also committed to reaching 100 per cent zero emission cars and vans in line with the above goals. A further 27 major fleet operators, including Sainsbury’s and Tesco, committed to 100 per cent zero emission car and van fleets by 2030 or earlier.

Within the UK specifically, the government has continued to increase legislative action and public investment in the EV transition off the back of COP26. The latest move is to confirm that all new build homes will have charge points installed from next year, while energy storage systems will be installed at service stations to support more ultra-fast chargers.

Why EVs are this decade’s big opportunity 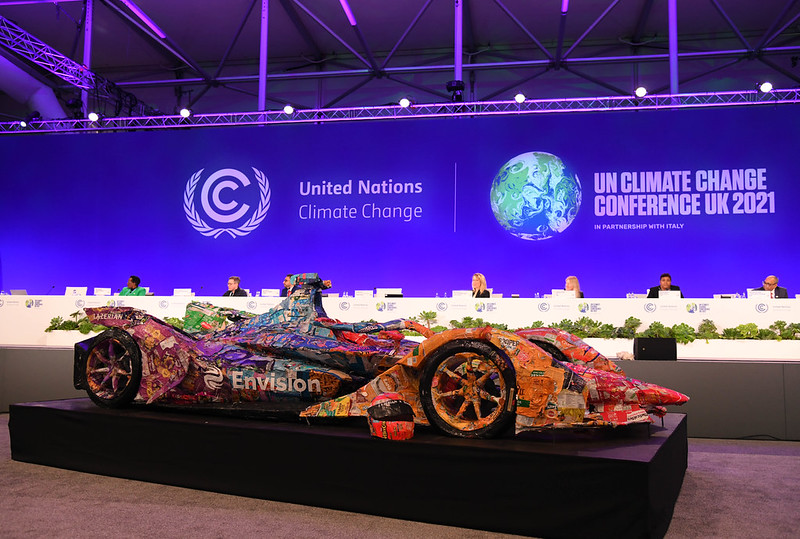 Launch of the global declaration on the transition to zero emission vehicles at COP26.

Perhaps the biggest development in technology innovation during COP26 came in the form of the ‘Glasgow Breakthroughs’ and ‘First Movers Coalition’ initiatives, which focus on decarbonising the most challenging industries.

Through Glasgow Breakthroughs, over 40 countries will work together with industry to develop, deploy and bring down the cost of clean technologies in five key sectors by 2030:

Collectively, these five sectors currently account for around half of global greenhouse gas emissions.

The First Movers Coalition brings together a group of leading companies who have committed to using their purchasing power to create new markets for emerging technologies, having recognised that “roughly 50 per cent of the technologies we need for net zero emissions by 2050 are still under development”.

The coalition will focus on ‘hard to abate’ sectors, starting with:

A second phase of sectors – expected to include aluminium, chemicals, concrete and direct air carbon capture technology – will be announced in 2022. 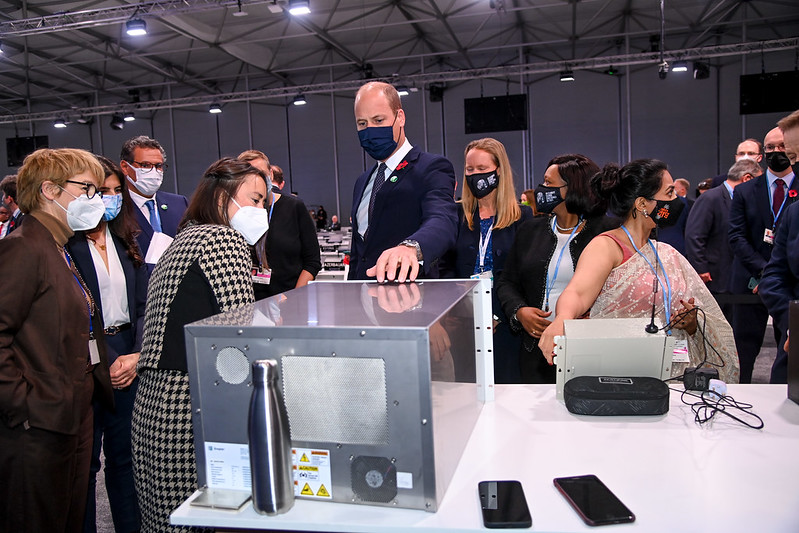 One of the most positive elements of the Glasgow Climate Pact is that it places much more emphasis on the role of nature than previous climate agreements.

One passage of the text in particular emphasises the importance of “protecting, conserving and restoring nature and ecosystems” through “forests and other terrestrial and marine ecosystems acting as sinks and reservoirs of greenhouse gases, and by protecting biodiversity”.

Experts have pointed out that this wording will pave the way for more nature-based solutions in national climate plans, such as reforestation/afforestation, peatland restoration, lower impact agriculture and urban green spaces.

There was an impressive declaration on deforestation during the conference, with more than 140 countries pledging to “halt and reverse forest loss and land degradation by 2030”. Collectively, the member countries account for over 90 per cent of global forest cover.

Separately, over 100 countries pledged to cut their emissions of methane – one of the most powerful greenhouse gases – by 30 per cent over the next decade. This will affect the agricultural sector, which produces a significant portion of global methane emissions through livestock.

Meanwhile in the private sector, five leading companies launched the Natural Climate Solutions Alliance, with the aim of increasing private sector investment in nature-based solutions to achieve one gigaton of greenhouse gas reductions per year by 2025. Nearly 100 companies also committed to becoming ‘nature positive’ by 2030. Kenyan climate activist Elizabeth Wathuti at COP26. Kenya is one of the countries already severely affected by climate change.

So those are the clear winners, but what about the elements that were missing at COP26?

The most obvious was the lack of investment being mobilised to help developing countries adapt to climate change and transition to greener economies.

Wealthy nations should have already achieved a target of providing $100 billion in climate finance to poorer countries per year by 2020. This has still not happened, although world leaders have said the pledge will now be achieved by 2023.

COP26 also failed to deliver increased funding for adaptation measures to improve resilience to climate change, or a new ‘loss and damage’ programme to compensate countries in the Global South for bearing the brunt of climate impacts. 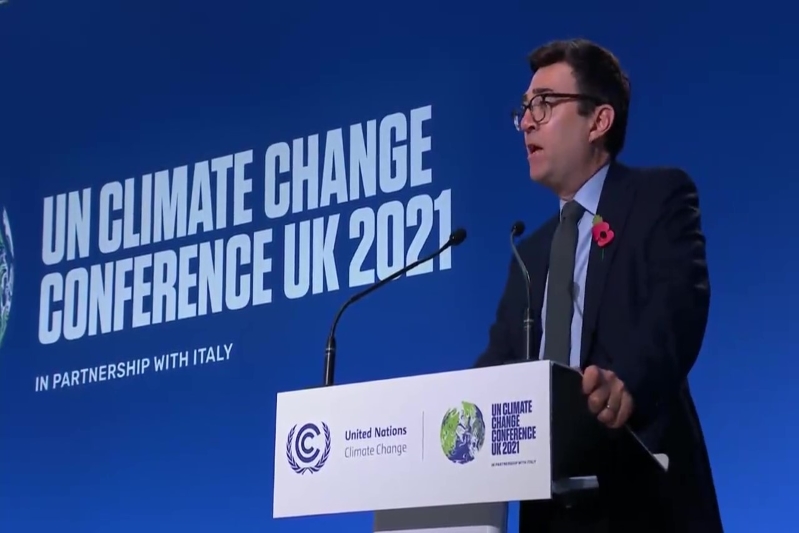 The final day in Glasgow was dedicated to cities and regions. Greater Manchester Mayor Andy Burnham spoke at the conference alongside other mayors from across the globe about the need for national governments to work more closely with cities on climate change:

“We need [governments] to have the courage to let go where they can to hand the baton to cities and regions, as this is a race that can only truly be won from the bottom up.”

This is a message that we strongly support. We will continue to champion local solutions and suppliers of green technologies and services within Greater Manchester so that our businesses benefit as much as possible from the opportunities ahead.

Katherine is a skilled and knowledgeable business advisor with over 13 years’ experience working within the Green Technologies and Services sector. As co-founder of a low carbon consultancy, Katherine brings first-hand experience of running a small business coupled with specialist knowledge of the sector. With a passion for helping small businesses to thrive, Katherine has worked on numerous business support programmes and continues to use her sector insight and business acumen to advise clients on topics such as sales & marketing, exporting, business planning and market research.